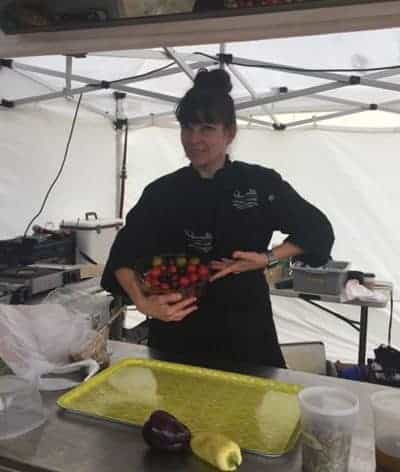 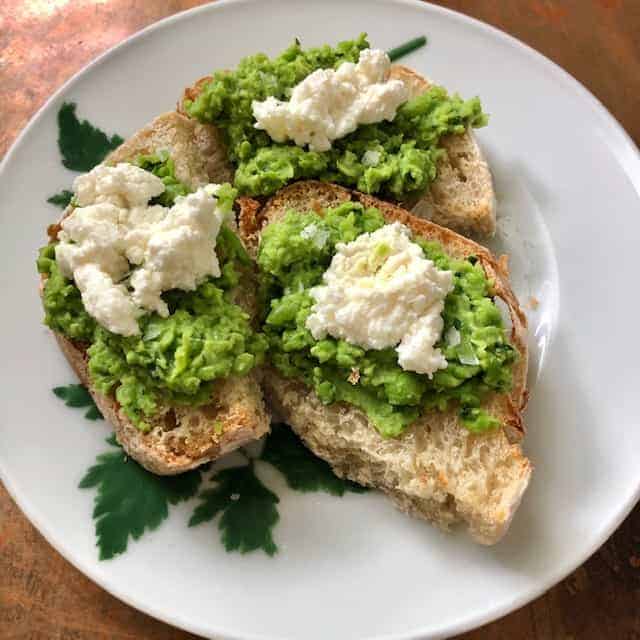 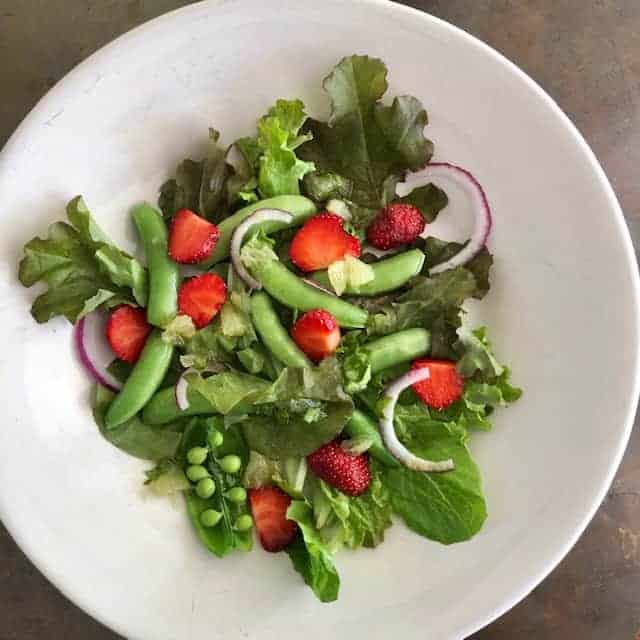 A sure sign that the season is really in full swing are strawberries and snap peas. 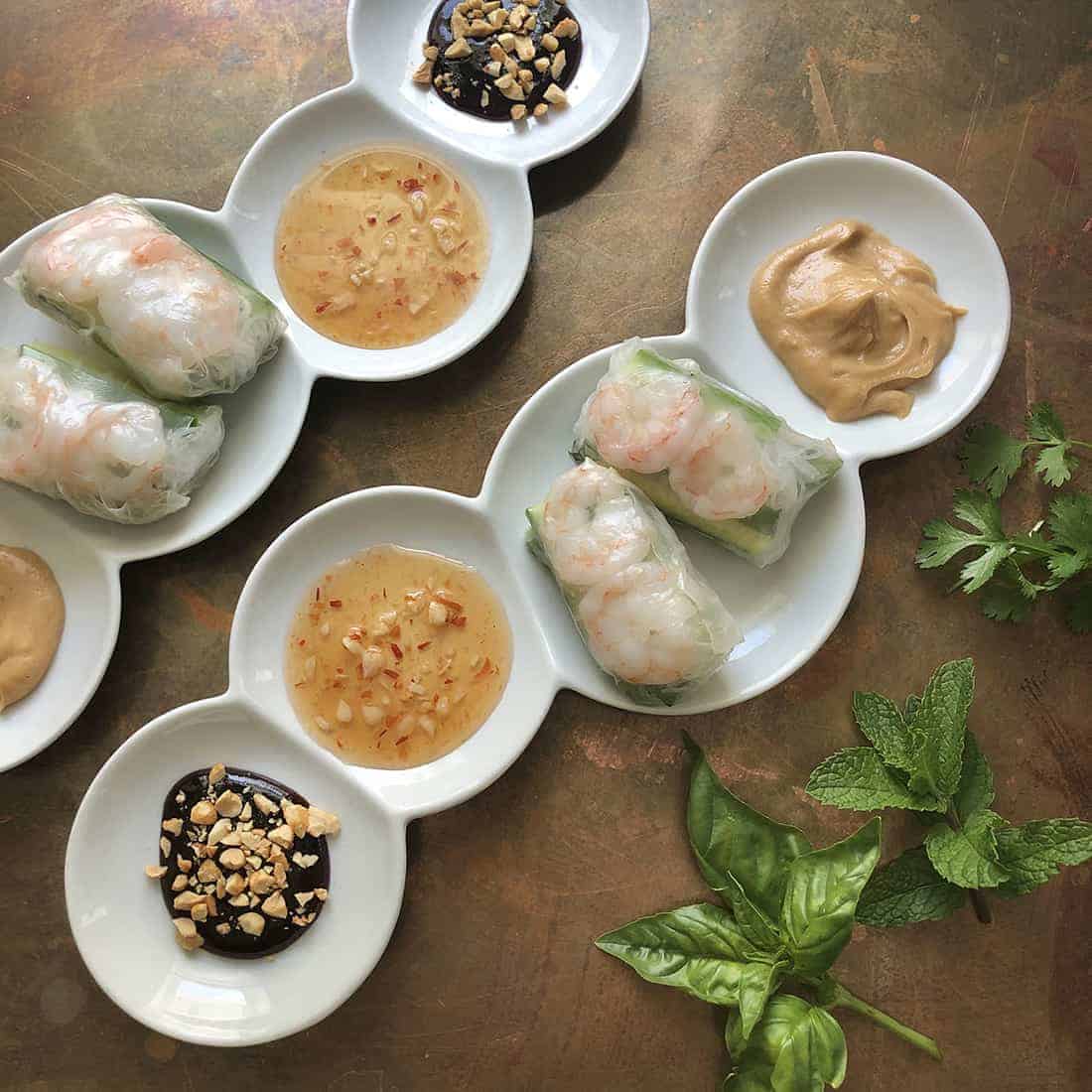 Making your own spring rolls at home takes a little practice, but you’ll get the hang of it in no time. 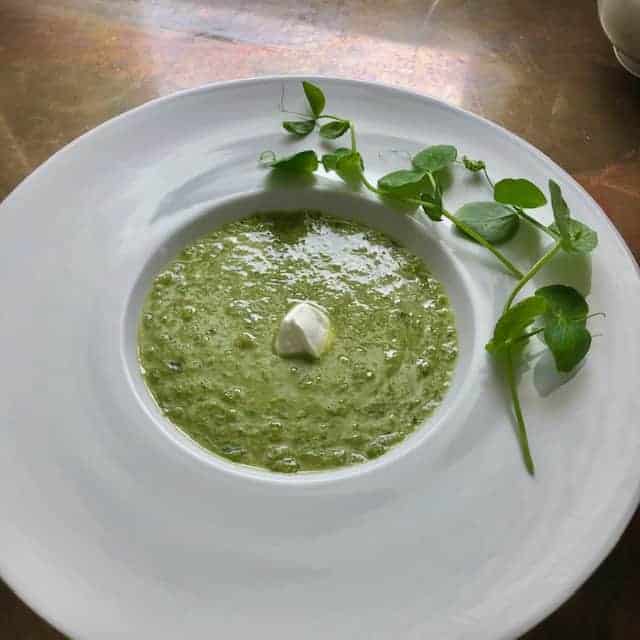 Fresh Spring Pea Soup gets its beautiful bright color not only from peas but from lightly sautéd greens.

Here’s a little history….I was born in northern Minnesota in the small town of Chisholm. My grandmother taught my sisters and me to make pasta, ravioli, and gnocchi. Her food was simple and authentic. My father loved perfecting recipes, such as his meatballs and chili. He also LOVED holidays – which was when his special apron would come out! My mother was more of a baker than a cook. I still think her potica is the best I’ve ever had, and her pies were absolutely fantastic! Oh – I should mention that Chisholm had a lot of great cooks – many of whom were friends of my parents….lucky me! So it was inevitable that I develop an interest in and love of food and cooking.
I didn’t embrace the cooking and baking concept right away. I channeled my creativity into music; I sang in bands from the age of 14 and later studied classical music and opera. Slowly, though, I discovered that creativity is not unique to only one type of expression, and I began to embrace my cooking heritage.
The first recipe I ever wrote was my Cranberry Granola recipe. I was 17. It remains one of my signature recipes.
As a young mother, I started to become aware of the tremendous shift in the Americans’ food lifestyle…less and less cooking and more and more convenience food. TV dinners, McDonalds, boxed macaroni and cheese, and Hamburger Helper became mainstays in the American diet. I started to do a lot more cooking at home. I wanted to create creating a healthy environment for my family, and I just loved doing it.

Then I went to Italy. There was no supermarket culture there and no need for an organic classification; Italians wouldn’t ever consider putting chemicals in their food. If food was imported, it was always the best product available! I was and still am so influenced by Italian culture. From that first trip going forward, I started investigating where food comes from locally, as well as how it’s grown and managed. I began to develop local resources and put the farmers’ markets at the top of my shopping list. I committed to making everything from scratch myself.
In 2008 I decided to start a food business focused on fully prepped and delivered meals. That decision came right after a trip to Italy. It took a year or so to test everything and get it up and running. During that time, my husband, photographer Mark LaFavor, and I shot a lot of cooking videos–once a week for a year, to be exact. I launched the business, and I finally landed my first steady client, Minnesota Senator Mark Dayton. I cooked for him during his campaign right until he became the Governor of Minnesota.
My career in food has evolved. Catering was always an essential part of the mix, meal delivery grew, and eventually, Bonicelli Kitchen opened. A lot of food – lots of clients – lots of recipes – and, most of all, lots of learning. So here I am now ready to share it all with you in the Bonicelli Cooking Club.
They say the best teachers are the students that never stop learning. It’s a big world out there, and it’s full of food!
Let’s get cooking!
Chef Laura Bonicelli

Get the Latest Recipes and Information! Join our newsletter.