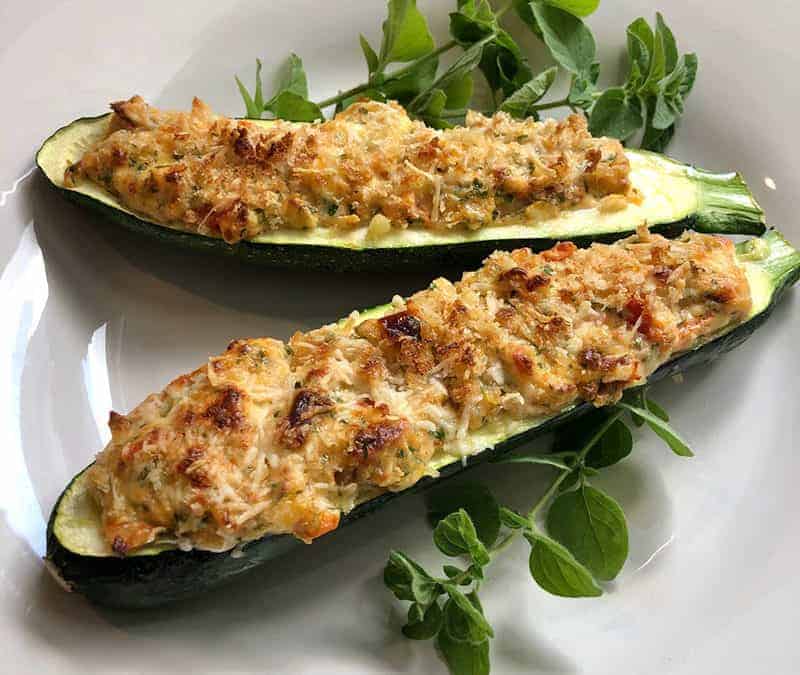 Herbed Ricotta Stuffed Zucchini is a perfect candidate for a vegetarian main dish and can be a delightful side dish.  I use Italian parsley, oregano, mint in the ricotta mixture, and zesty pecorino cheese to add to the distinctive Mediterranean flavors.

Buy your zucchini at your favorite Farmers Market! 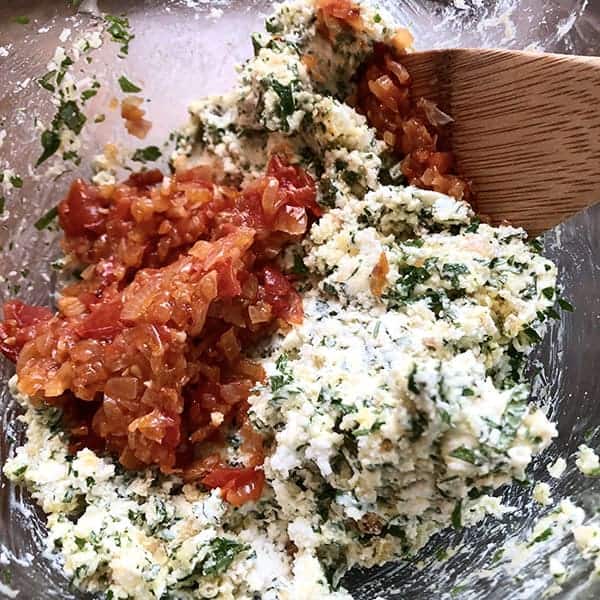 “What are we going to do with all of this zucchini?”!!! That’s what one of my favorite employees would exclaim after my weekly trips to the farmers market every week in August. I never have a problem with using up zucchini. Back when I catered, we spiralized, stir-fried, sauteed, baked, sliced, diced, and stuffed them. We baked them into cakes and muffins and made several versions of ratatouille. Now that I’ve transitioned into my cooking club, I still buy too many zucchini, but they are all used.

We sometimes call these zucchini boats, because they do look like boats. I liked the idea of broiling instead of baking because of the browning – and it’s fast. The ricotta stuffing is so flavorful with the herbs and tomatoes. But really, it’s the pecorino cheese that adds the distinctive “bite” to the dish. Sheep milk cheese is intense and tangy. That pairs nicely with the round flavored and creamy ricotta.

As far as making these in advance goes, you can make them ahead. I often make and stuff the zucchini early in the day, and then broil to finish right before serving. Another alternative is to complete the zucchini entirely and reheat in a 400º oven for 10 minutes until heated through, then serve. I hope you love the dish! 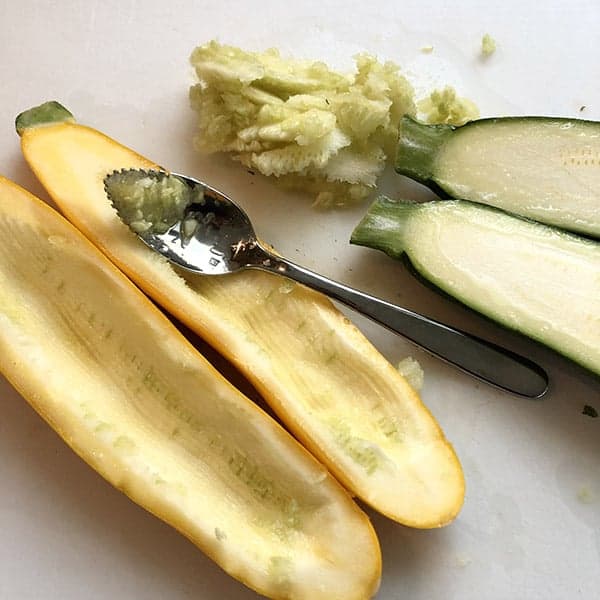 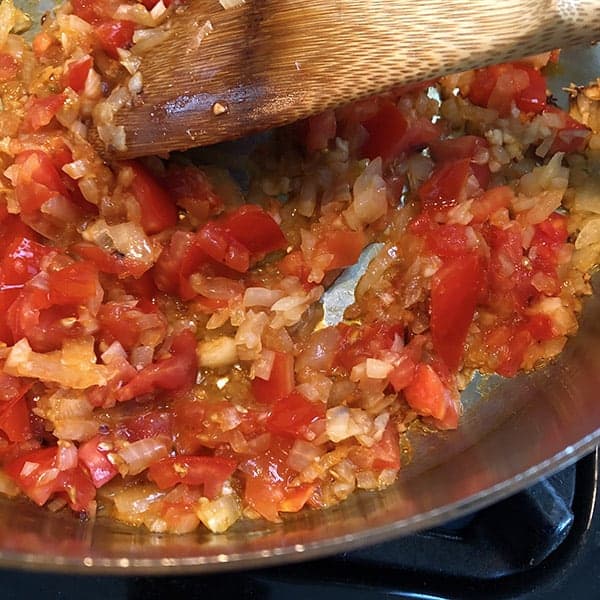 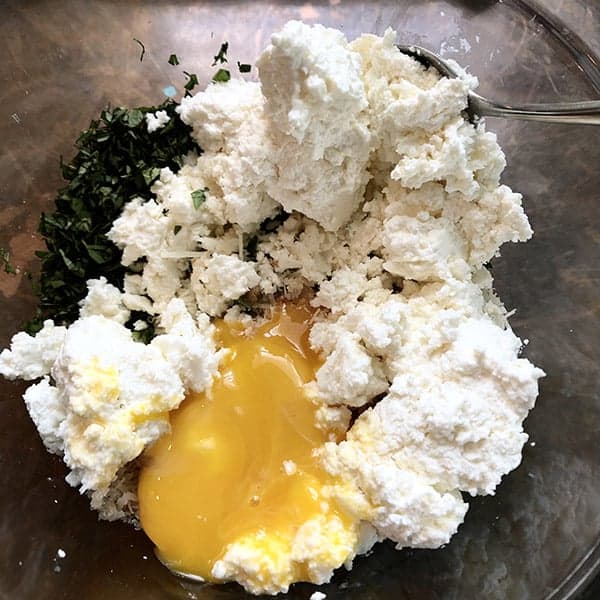 If you want more recipes Join The Club!!! 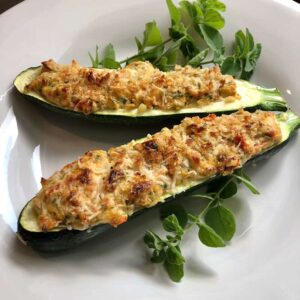 © Chef Laura Bonicelli
Herbed Ricotta Stuffed Zucchini is a perfect candidate for a vegetarian main dish and can be a delightful side dish. I use Italian parsley, oregano, and mint in the ricotta mixture and zesty pecorino cheese to add to the distinctive Mediterranean flavors.
5 from 1 vote 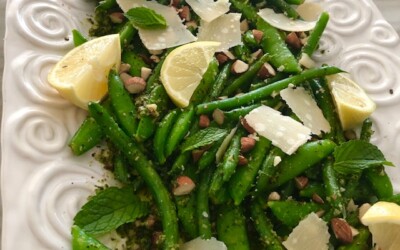 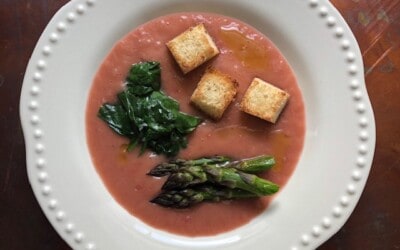 By: Chef Laura Bonicelli Rhubarb, asparagus, and spinach show up early in the farmers' markets in Minnesota. This sweet and savory soup uses all three together, a true tribute to spring's bounty. Buy your ingredients at your favorite Farmers Market! about Agrodolce... 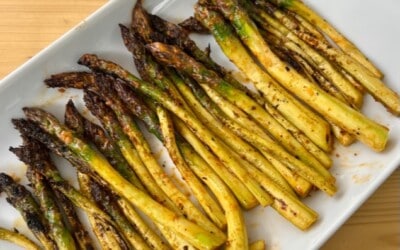 By: Chef Laura Bonicelli I buy asparagus at the Minneapolis Farmers Market every weekend possible in May and June. I use it in salads, soups, sandwiches, omelets, and even pesto. Frequently though, it winds up on the grill. The marinade in Grilled Glazed Asparagus...